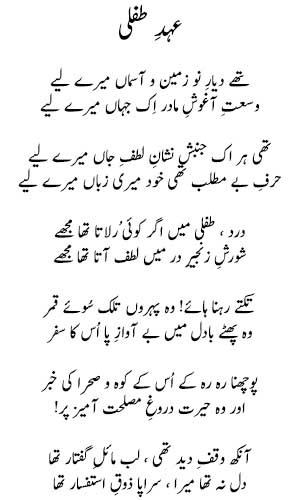 Ehad-e-Tifli
The Age of Infancy

Oh! How I stared at the moon for long hours
Staring at its silent journey among brokenclouds

My eye was devoted to seeing, my lip was prone to speak
My heart was no less than inquisitiveness personified